The Myers-Briggs Personality Type Framework was created by Isabel Briggs Myers and Katherine Briggs to make the psychological research of Carl Jung both more accessible to non-experts as well as more applicable to daily life. Today, people and organizations around the world use individuals’ Myers-Briggs Type Indicator (MBTI®) type for numerous practical purposes, from helping people find jobs that leverage their preferences to providing insights into how they can take steps to improve personal and romantic relationships.

Today, we’ll take a closer look at the Extraverted-Sensing-Thinking-Judgment (ESTJ) personality type as well as its characteristics and cognitive functions.

Portrait of an ESTJ: The Executive

According to estimates, roughly 10% of Americans have the ESTJ personality type. ESTJs are sometimes referred to as “The Executive” or “The Director” personality type. ESTJs are organized, logical, hard-working, and determined. They are known for their ability to process large amounts of information quickly as well as to identify small but significant details that may have a major impact on a project or circumstance. ESTJs also tend to choose among multiple options quickly and decisively, and they typically do not revisit decisions once they have been made. At the same time, ESTJs are highly social. They enjoy being the center of attention and thrive in environments where they can bring people together and build relationships around common interests, goals, or ideals.

To feel fulfilled, ESTJ personality types need to be challenged in every aspect of their lives. They enjoy solving complex problems in their professions and become closer to friends and loved ones when they work toward and accomplish goals together. For example, ESTJs will often prefer to connect with others by spending an hour in an escape room or completing an obstacle course rather than by spending that same hour in deep conversation. As the “Executive” personality type, they are inherently practical people who place a higher value on measurable outcomes than feelings.

In the same vein, ESTJs have a practical and explicit communication style. They justify their decisions using empirical information and are rarely satisfied by just “going with their gut.” Similarly, they appreciate it when people and events are organized, and when their partners and colleagues clearly communicate and then implement their plans. In other words, ESTJs prefer to “put their cards on the table” – they tend to reject social niceties and remain oblivious when others indirectly hint at a request. For example, an ESTJ would prefer that a partner say, “I would like to go out to a nice dinner for our anniversary” instead of “Franklin’s Steakhouse is excellent, isn’t it?” ESTJs are typically happy to fulfill others’ needs, but they prefer not to guess what those needs are. Both ESTJs and their partners or colleagues have better experiences when they have mutual understanding and respect.

Overall, ESTJs’ personality characteristics predispose them to leadership positions. They are called the “Executive” personality type for a reason. In the workplace, they tend to take charge of projects, from laying a solid foundation by assessing the problem, defining goals, and assigning responsibilities, through taking the appropriate steps for implementation and finally for gauging how successful the project was and what could be done differently in the future. ESTJs apply these same tendencies at home, often planning holidays and dinner parties for friends and family, as well as tackling any tasks on the home front with the same focus and dedication they apply to their professional life.

Now that we know more about ESTJs and their personality preferences, the next question is how the Myers-Briggs Type Indicator organizes these traits into a cohesive system.

Each of the sixteen Myers-Briggs Type Indicator (MBTI®) Types are a combination of four different scales each of which has two options: (1) Extraversion/Introversion, (2) Sensing/Intuition, (3) Thinking/Feeling, and (4) Judging/Perception. For example, an ESTJ personality type would have the combination of the Extraverted, Sensing, Thinking, and Judgment preferences.

The four preferences on the two middle scales (Sensing, Intuition, Thinking, and Feeling) are collectively called cognitive functions. Sensing and Intuition are called Perceiving functions because they have to do with how people take in information about the world around them, while Thinking and Feeling are called Judging functions because they relate to how people make decisions based on that information. Each of these cognitive functions can be directed toward the outside world, in the case of Extraverted individuals, or internally towards the self, in the case of Introverted individuals. Furthermore, each one expresses itself to a greater or lesser extent in every person. The degree to which they manifest is ranked, with the most influential trait called the dominant trait, followed by auxiliary, tertiary, and inferior respectively. Keep in mind that while the dominant and auxiliary functions have the greatest impact, the more subdued tertiary and inferior functions still play an important role in shaping individuals’ personalities and affecting how they may behave in different circumstances.

The cognitive functions of each person’s MBTI® Type corresponds to the personality characteristics and behaviors that they express in their everyday lives. Let’s use ESTJs as a case study to better understand what this phenomenon looks like in practice. ESTJs are Te-Si-Ne-Fi.

ESTJs’ Thinking cognitive function indicates that they make decisions in a logical and efficient way, without the influence of emotions or interpersonal considerations. In other words, people with Te tendencies typically choose options that work rather than those that make others, or themselves for that matter, happy. The Extraversion indicates that ESTJs often do their thinking out loud through discussion with others. In contrast, those with Introverted Thinking (Ti) might prefer to consider different options on their own through internal reflection.

ESTJs typically engage with the world using their senses. They base their decisions on empirical facts and data, and they also tend to remember their experiences through their senses—what they saw, heard, tasted, or felt during a given event. Because of this vivid way of remembering things, ESTJs also tend to prefer accomplishing repetitive tasks in similar ways each time instead of varying for its own sake. For example, an ESTJ will typically take the same route to work each day because it works.

Extraverted Intuition is the counterpoint to Introverted Sensing. Paradoxically, ESTJs explore their inner creativity by using the outside world, including their past experiences, as a foil. For example, ESTJs might talk through their own creative thoughts with another person, even if the other person feels like they are being “talked at” rather than “talked with.” In reality, ESTJs tend to benefit from the verbalization itself, rather than others’ feedback. Furthermore, this process helps them organize their thoughts logically. In contrast, those with Ni functions may be more easily distracted or sidetracked by their own thoughts.

Introverted Feeling is the counterpoint to Extraverted Thinking, ESTJs’ dominant cognitive function (Te). This function allows ESTJ to filter their rational, logical beliefs about the world through a lens of values or beliefs before drawing a conclusion or implementing a plan. The Fi function tempers ESTJs’ cold logic and make them more compassionate decisionmakers capable of considering the impact their decisions may have on others’ mental and emotional health.

One way to better understand cognitive functions is to compare similar personality types and analyze how they overlap in addition to how they may deviate from each other. For example, ESTJs and ISTJs have differ primarily in how they gather energy: ESTJs gather energy from interacting with the world around them and socializing with other people, while ISTJs recharge by spending time alone reflecting on their experiences, weighing decisions, or planning their next activity.

In terms of cognitive function, ISTJs are Si-Te-Fi-Ne: Introverted Sensing, Extraverted Thinking, Introverted Feeling, Extraverted Intuition. Recall that ESTJs are Te-Si-Ne-Fi. This means that ISTJs’ dominant and auxiliary functions are opposite those of ESTJs. While ESTJs prefer to make decisions and interact with the world around them, ISTJs’ first instinct is to use their senses to observe their world and internalize the information that they gather before then applying that information to choose the optimal course of action. In other words, ISTJs tend to be more reflective and introspective than ESTJs. Furthermore, ISTJs’ tertiary and inferior cognitive functions are also opposite ESTJs’. ISTJs process emotions internally rather than by discussing with others; in fact, emotional discussions can be stressful and disconcerting for ISTJs. Furthermore, ISTJs find it very difficult to make decisions intuitively, especially without prior experience or without adequate information.

Final Thoughts and Take Away

ESTJs are strong, dedicated, and opinionated personalities who are known for being excellent project managers, judges, executives, and trainers. ESTJ Personality Characteristics lead others to success with strength and decisiveness made possible through their Te and Si functions, and with a little effort can further develop their Ne and Fi cognitive functions, which will result in being more empathetic and patient as well. They make strong additions or leaders of any team. 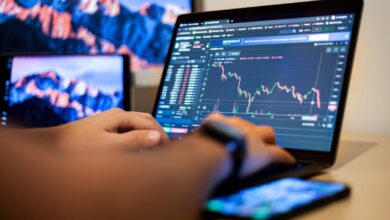 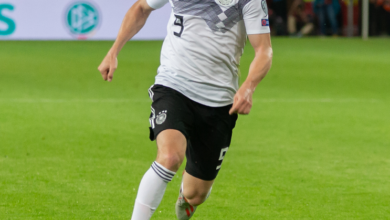 A Few Types of Soccer Bets 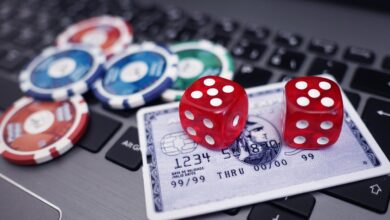 Online Gambling Website- How to Find the Trusted One 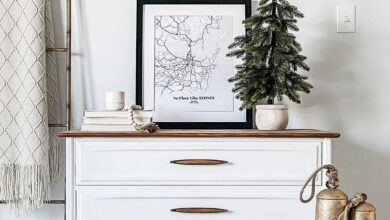