Much of the online discussion around concrete slab repair relates to sinking. In other words, people want to know how to fix cracked and sinking slabs, steps, and foundations. Yet there is another side to the coin: rising concrete. Like sinking concrete, rising concrete has to be dealt with sooner rather than later.

A sinking slab can be addressed through either complete replacement or slab jacking. But according to the Concrete Raising Company (CRC) in Salt Lake City, Utah, slab jacking is off the table for most cases in which concrete is rising. To get to the actual cause of the problem, you have to remove the damaged concrete. Then your only option is to pour new concrete after the issue has been resolved.

CRC explains that there are two primary causes of rising concrete. The first is something they see in the Salt Lake City area quite frequently: root damage. You see this kind of damage on heavily wooded lots, especially where concrete slabs and walkways are close to trees.

As a tree grows, its root system spreads out and adds bulk. Roots can push up on the soil, thus causing anything on top to rise. You are more likely to see rising concrete in areas where root systems run more shallow than deep. There are also some species of trees that prove more problematic than others.

The other primary cause of rising concrete is poor soil condition. Modern builders tend to use fill soil specifically designed to regulate water content. But as late as a few decades ago, fill soil was less scientific and more whatever builders could get their hands on. The thing is that different kinds of soil absorb water at different rates.

On a property with mixed soil, you might see rising occur because certain patches are holding more water than others. This is pretty common in areas where clay is prominent. The best way to address the problem is to redo the fill so that it distributes water more evenly.

Pulling Up the Concrete

Whether the cause of rising concrete is wayward tree roots or poor fill soil, you have to pull up the concrete to get to the root of the problem. This generally means destroying the concrete as you lift it. As such, slab jacking is out of the question.

Slab jacking is a procedure companies like CRC use to raise sinking concrete. It works for such applications because it fills in the subsurface voids that are causing the sinking to begin with. It works so well that most sinking concrete slabs can be repaired this way in a matter of hours.

As a side note, slab jacking has been around for decades. It is a safe and proven method for addressing sinking concrete.

If you have rising concrete anywhere on your property, it is advised that you call a professional. Even if you eventually affect the repairs yourself, you will need the help of a professional to assess the seriousness of the problem. For instance, you may have a problem with roots that are affecting not only your patio slab, but also the foundation of your home as well. A professional can tell you that.

Expect to remove the damaged concrete in order to fix the underlying problem. Once the problem is addressed, new fill soil can be added and compacted in preparation for a new pour. You should be back in business within a week as long as you hire a competent contractor with experience in rising concrete. 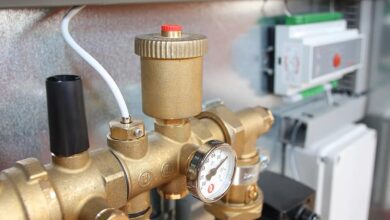 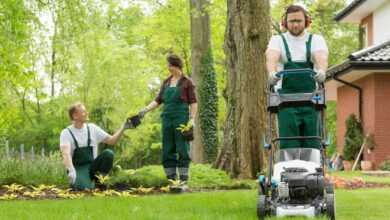 What are the Advantages of Professional Lawn Care? 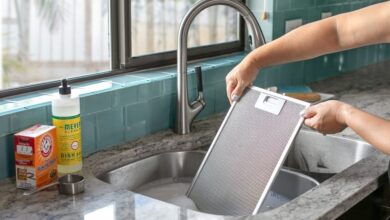